Open Wide Our Hearts: The Enduring Call to Love - A Pastoral Letter Against Racism - United States Conference of Catholic Bishops

The first major text issues by the American bishops on racism in 40 years. Read the full letter, then read the critique from Horan, who argues that the document is good but does not go far enough. Horan writes that the Bishops' letter focuses too heavily on the personal dimension of racism, rather than racism's "communal, structural, institutional, and ecclesial nature."

Catholic advocates for racial justice, including Gloria Purvis, call to all Catholics that "combatting racism should be an integral part of their pro-life witness."

A Christian Call for Reparations - Sojourners

Article calling for reparations from a Christian perspective, noting "Christian theology has been used to legitimate white supremacist realities. We must tell that truth and push forward..." to "...God's just future."

Commentary reflecting the view that "churches must listen, learn, and strategize about how the faith community can offer its most prophetic and practical leadership, standing in solidarity with black-led movements driven by a younger generation. Transforming our policing and reimagining public safety will require much more dialogue, bridge-building, and, ultimately, sustained public pressure." 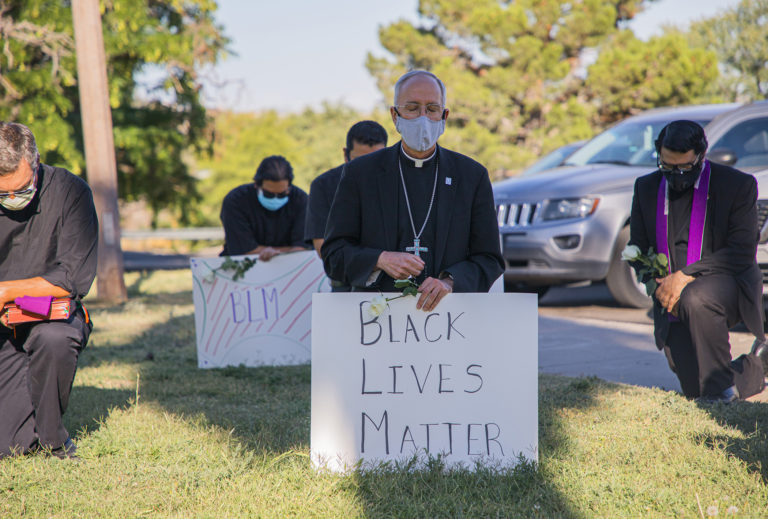 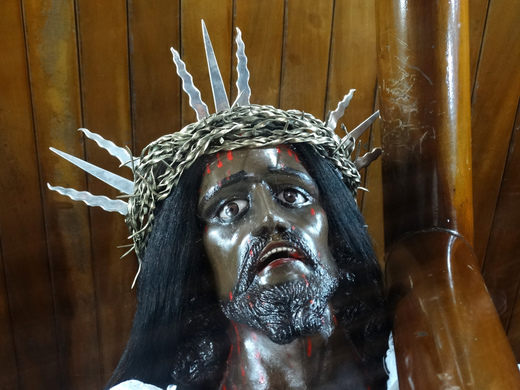 Cristo Negro, or Black Christ, "is a wooden statue of Jesus Christ in Iglesia de San Felipe, a Roman Catholic parish church located in Portobelo, Panama. The statue was found on the shores of the town's harbour. Life size, it is adorned with a robe that is changed twice a year, once during the Festival of the Black Christ and during Holy Week. Black Christ is venerated throughout the year, most particularly on October 21, during the Festival of the Black Christ." (text from Wikipedia)

The document Open Wide Our Hearts: The Enduring Call to Love - A Pastoral Letter Against Racism was developed by the Committee on Cultural Diversity in the Church of the United States Conference of Catholic Bishops (USCCB). It was approved by the full body of bishops as a formal statement of the same at its November 2018 General Meeting.