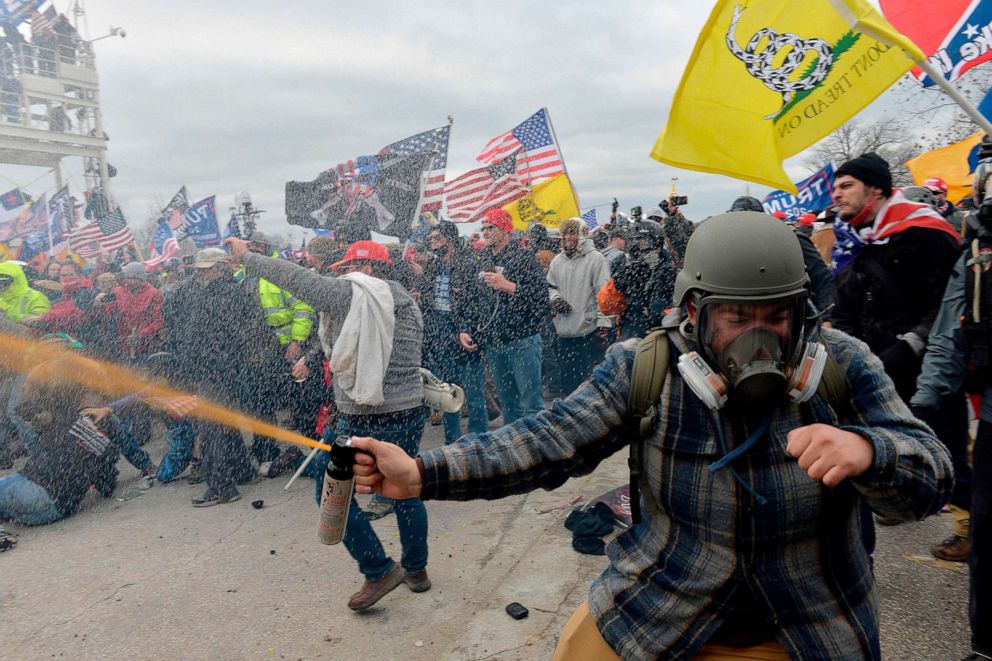 Rioters with flags clash with police and security forces during the storming of the U.S. Capitol Building, Jan. 6, 2021, in Washington, D.C.

Article from CNN providing explanations for many of the flags and other symbols on display on January 6.

Identifying far-right symbols that appeared at the U.S. Capitol riot from The Washington Post

Interactive feature from the Washington Post identifying and explaining symbols used by the groups involved in the riots, including Proud Boys, Three Percenters, Oath Keepers, QAnon, and more. Includes context on the historical flags used and what they represent to people in the far-right.

Article from ABC News providing explanations for many of the flags and other symbols on display on January 6.

When white extremism seeps into the mainstream from Code Switch (NPR)

Interview with historian Kathleen Belew, who has studied and written on the origins of the white extremism movement. Includes discussion of flags and other symbols used by elements of this movement.

Why the flag of South Vietnam flew at the US Capitol siege by Long T. Bui from The Conversation

What the kek: explaining the alt-right 'deity' behind their 'meme magic' by David Neiwert from SPLC