Recognizing and Dismantling Your Anti-Blackness by Janice Gassam Asare

Recognizing anti-blackness in media and other institutions by Marissa Lucero

from the University of New Mexico (UNM) Newsroom.

Supporting Mentally Healthy Conversations About Anti-Black Racism With Students: A Resource for Educators

in The American Lawyer

The Health Effects of Anti-Black Racism by Eternity Martis

in The Local. Article about the racism Black people face in the health care system.

in Yes! For Teachers. Contains excellent discussion questions about recognizing and confronting anti-blackness.

in The Guardian. "Colorism - the discrimination faced by darker-skinned people, often from within their own community - remains a taboo. Our reports, essays and first-person pieces looked at the roots and impact of this rarely discussed prejudice."

From abstract, "In the current review, we dissect the psychological antecedents of these killings and explain how the nature of police work may attract officers with distinct characteristics that may make them especially well-primed for negative interactions with Black male civilians... we endeavor to more effectively identify and develop solutions to eradicate excessive use of force during interactions between "Black" (unarmed Black male civilians) and "Blue" (law enforcement)

The need to be: Since 1619, trauma and anti-Blackness by Colita Nichols Fairfax

From abstract, "The need for a socio-historical discourse analysis to examine the impact of anti-Black violence and trauma upon African Americans, both historically and its manifestation contemporarily is important... Twenty-first century responses to centuries of subjugation and racism requires the African American community to coalesce resources, rituals, and practices in order to heal and restore cultural solvency and the need to be. This moment presents an opportunity to engage in futuristic transformative change required to safeguard against oppressive structures and behaviors in the wider society and in community spaces." 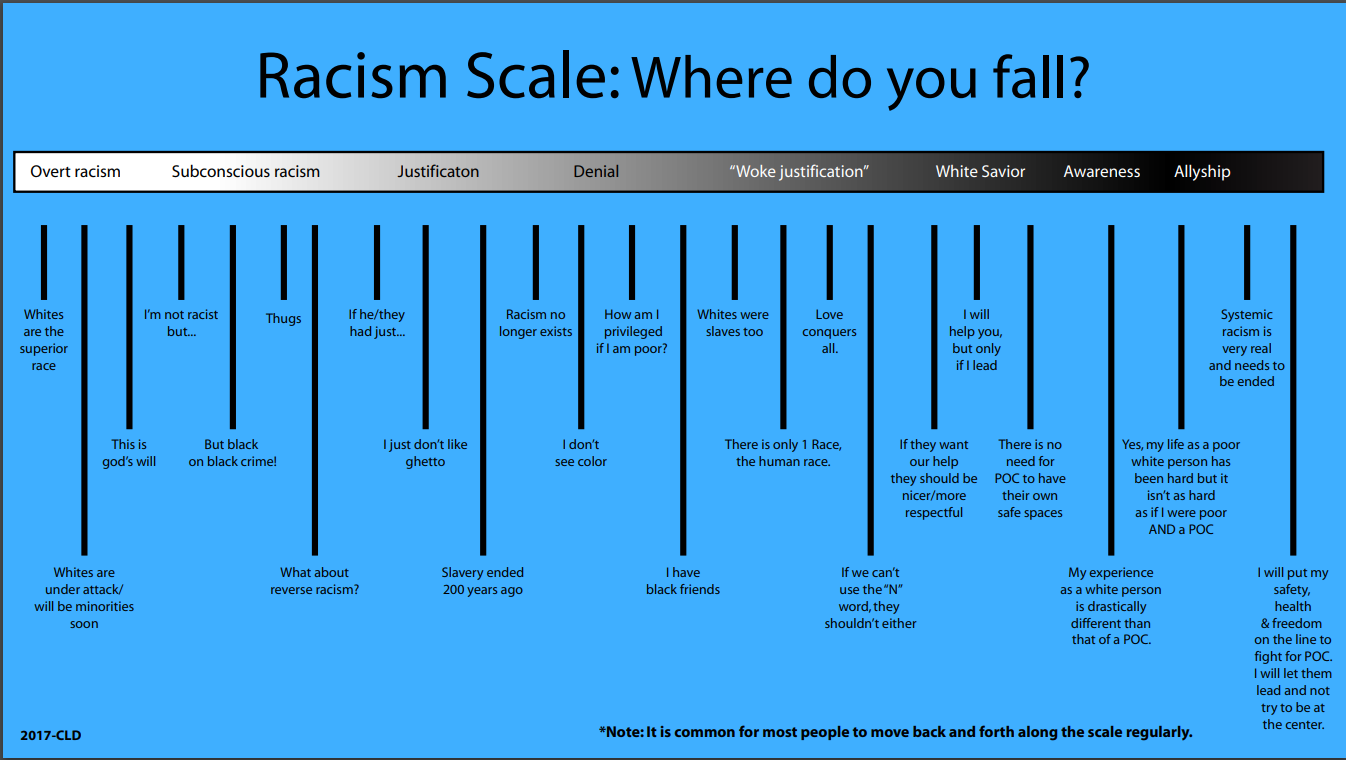